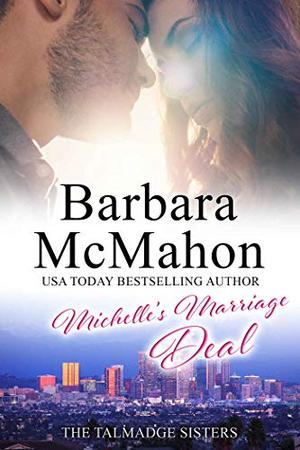 Michelle Talmadge is desperate to find someone to help her locate her missing father who disappeared over twenty years ago and might not wish to be found. Her quest looks like it’s going to end before it begins because so far she hasn’t found a single private investigator who will take the case. Josh O’Malley is the last agency in town to try.

Josh O’Malley’s about at his rope’s end. His irregular hours don’t mesh with day care and with the death of his ex-wife, he has sole custody of their four-year-old daughter. If only he could focus on work and not worry about picking up his daughter by six each day, he’d be able to take on more cases and bring in more money. But for the moment, he’s not committing to any new project.

Determined to get someone to help her, when Michelle learns of Josh’s dilemma, she proposes an outlandish temporary marriage-of-convenience if Josh will take her case. An unlikely partnership is formed with the rules clearly laid out.

But what happens when one of the partners wants to change the rules?

If you love marriage of convenience stories, you’ll enjoy Michelle’s Marriage Deal—fun, heartwarming and romantic escapism at its best.

'Michelle's Marriage Deal: A sweet marriage-of-convenience romance' is tagged as:

The 'The Talmadge Sisters' series