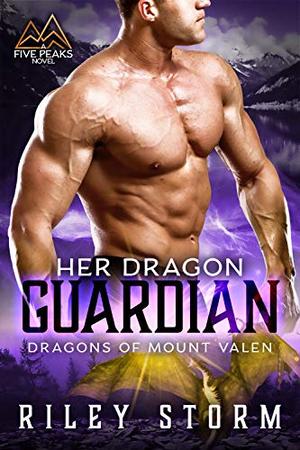 She’s running from her past. He’s determined to be her future…

Tara Simmons’ life had been nice and boring since she moved out of Five Peaks to avoid her family drama. All that changed when he showed up at her door: half-dead, almost naked, and begging for her help. With the storm of the decade raging outside, driving down the mountain for assistance is out of the question. It’s up to her to save him. But by helping him, she may just be hurting herself.

Ares Valen is a dragon shifter. At least, he was, until someone kidnapped and tortured him. Now he’s without his dragon or his powers or any memory of who did this to him. The only thing he knows is the gentle touch and care of the woman who is helping him to recover. He wants to tell her the truth about himself, but he’s afraid it will scare her off. Ares will do anything to keep her and the future he can see in her eyes.

As much as he wants to stay, Ares knows that the longer he’s around her, the more danger she’ll be in. Leaving is the smart choice—but it’s not the one either of them secretly wants. To make things work, they’re going to have to deal with family politics, gunfights and a secret that will shock the shifter community. Saving Tara will take everything he has, and even something he doesn’t. Without his dragon’s powers, can he truly be the one to protect her from all evil?
more
Amazon Other stores
Bookmark  Rate:

'Her Dragon Guardian' is tagged as:

The 'Dragons of Mount Valen' series

Similar books to 'Her Dragon Guardian'

All books by Riley Storm  ❯

Buy 'Her Dragon Guardian' from the following stores: