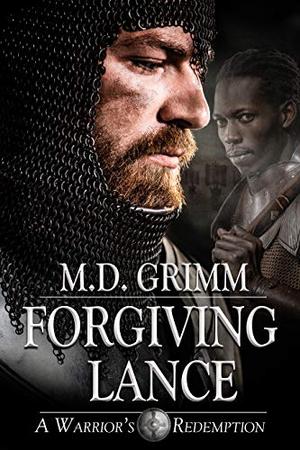 A trial of pain.

Gust holds a secret close to his heart, and it festers like an infected wound. While part of him wants to tell Lance so they can deal with it together, he fears what it will do to his friend. The last thing he wants to do is hurt the man he is falling in love with. And it never seems the right time as they pursue Ulfr’s warriors and elude hunting parties of royal soldiers.

Lance wants nothing more than to confess his love and undying loyalty to Gust. But he fears rejection. He has Gust’s friendship and dares not ask for more. He’s not yet a man worthy to ask for more. And as he continues on his self-imposed mission to cut down Ulfr’s warriors, he begins to wonder if he will ever find the redemption he so fiercely seeks.

When word of a new Scourge reaches them, their journey brings them to the war-ravaged kingdom of Grekenus. It is there that Lance is forced to face the actions of his past, and once again his life hangs in the balance. Now it is only Gust who can defend him against those thirsty for blood… and to Lance himself.
more
Amazon Other stores
Bookmark  Rate:

'Forgiving Lance' is tagged as:

The 'A Warrior's Redemption Trilogy' series