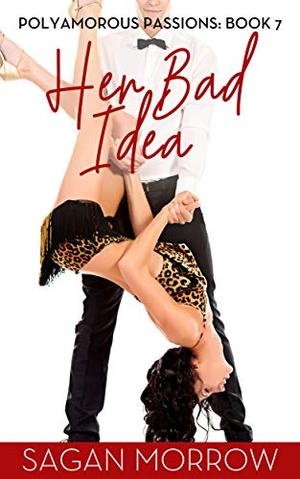 Focus on the dance competition. The business opportunity. The prize money, for goodness sake. Anything except…

Staying focused on the task at hand might be harder than Scarlett Mitchell thought, when she’s stuck with sexy, arrogant Pete Fraser as her dance partner for the next six weeks. But she has no choice—he’s her only hope to win the dance competition. Scarlett needs to win that prize money if she’s going to save her failing burlesque business.

...And it’s all the more complicated when she unexpectedly finds herself in a fake relationship with Pete, as an attempt to make her unrequited crush, Westley Prince, jealous...

Her Bad Idea is a forced proximity, enemies-to-lovers romantic comedy, can be read as a standalone, and is Book 7 in the Polyamorous Passions series.
more
Amazon Other stores
Bookmark  Rate:

'Her Bad Idea' is tagged as:

Similar books to 'Her Bad Idea'

All books by Sagan Morrow  ❯

Buy 'Her Bad Idea' from the following stores: