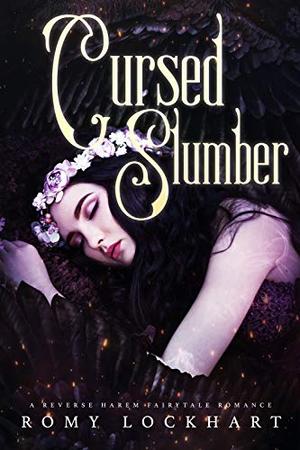 No mere prince can awaken this sleeping beauty...

Cursed from birth, Merle has led a sheltered life. A princess destined to marry a handsome prince on the eve of her twenty-first birthday, Merle is used to putting her kingdom first.

Fate had other plans. On the night before her wedding, her curse reveals itself, and she falls into a slumber from which only her true love can awaken her.

A trickster made it possible for the lonely princess to explore the darkness within her, revealing her true destiny. See, Merle has a secret. A deep dark truth that she’s kept buried ever since she first realized it.

She doesn’t long for a handsome prince to whisk her away. Her desires run much wilder. It will take a more monstrous man to awaken her. It might even take several.

They’d better hurry though. She has a devious traitor to slaughter before he causes harm to her people. She’s still fated to be queen, and she’ll protect her people even if it means getting her hands dirty with the blood of those who defy her.

Cursed Slumber is a twisted paranormal reverse harem take on the classic fairy tale, Sleeping Beauty. One click today for a suspenseful and steamy harem ever after.
more
Amazon Other stores
Bookmark  Rate:

'Cursed Slumber: A Reverse Harem Fairytale Romance' is tagged as: