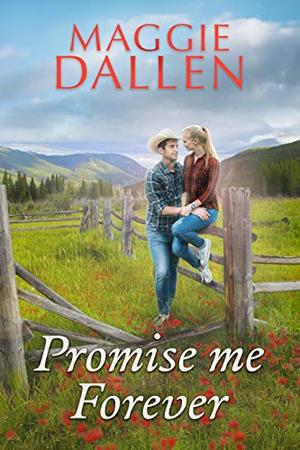 He's a ranch hand. She's the owner's beloved little sister. There are a million reasons why they shouldn't be together....but there's also no way they can stay apart.

Alice has been in love with her older brother's best friend James for as long as she can remember. One night five years ago she thought maybe they stood a chance. She was wrong. Heartbroken and rejected, she moved on. Or at least, that's what she told herself. But now an opportunity has come along and it'll mean leaving the family's ranch—and James—far behind. It's the opportunity of a lifetime...just so long as she doesn't lose her heart for good while saying goodbye.

James should let Alice go. She's always dreamt of more than their little world could give her. More than he could give. She has dreams and he means to help her achieve them. So when the chance comes along to drive her all the way to Los Angeles, he leaps on it, because...why not? They are still friends, after all. The very best of friends...right?

Alice needs help and there's nothing he won't do for the woman he loves....except, of course, tell her the truth about the way he feels.

'Promise Me Forever' is tagged as:

Similar books to 'Promise Me Forever'

All books by Maggie Dallen  ❯

Buy 'Promise Me Forever' from the following stores: