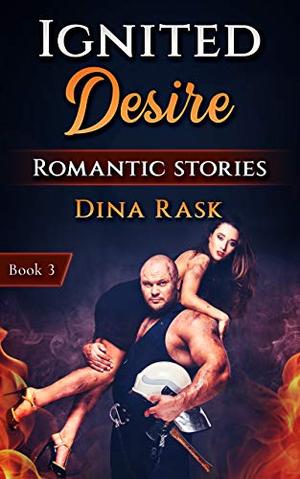 Being a curvaceous woman in her thirties, Heather didn’t think that finding love would happen to her easily, especially with the type of man she desires.

Her lonely days are made bearable due to the front row seat from her bedroom window of Riverdale Crossing’s Squad Seven firehouse.

Most people would feel frightened at the sound of a fire alarm, but to Heather, that sound rang like heaven bells in her ear because she knows her future husbands-in-red are about to make their appearance.

On one afternoon, Heather’s day-off is interrupted by an unusual visitor.

To her surprise—and fantasy—a devilishly handsome jogger was on her front porch asking for a bowl of water for his dog. While sharing a fun, yet awkward, conversation, Heather realized that the gorgeous hunk standing before her is the same man from Squad Seven that she dreams about.

Not letting this golden opportunity slip away from her, she decides to befriend him. As their friendship grows so does their bond begin to blossom into something that was destined to be.

'Ignited Desire' is tagged as:

All books by Dina Rask  ❯