Hunted in the Desert 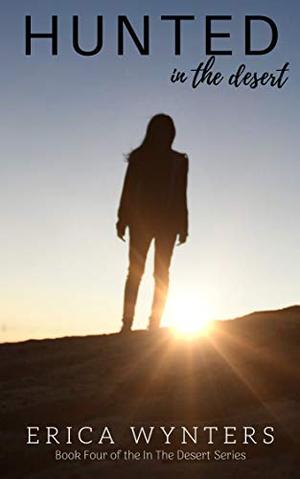 A serial killer with one obsession—the woman who put him there.

Just one year ago, the sociopathic Cactus Killer terrorized the Phoenix area. Women were afraid to be out after dark. Applications for gun permits skyrocket. Self-defense classes were full. Then a young woman was found dead in her home, the word Enchanting carved into her skin like all the others. Now no where was safe.

As the FBI scrambled to stop the killing spree, profiler Dr. Alex Briggs, caught the attention of the most dangerous killer she'd ever studied. A cat and mouse game lured Alex closer and closer until she was caught in the snare the Cactus Killer had so carefully set.

Her harrowing escape sent the Cactus Killer to prison for the rest of his life, but left Alex scarred psychologically. Recovery wasn't easy, but Alex fought through the trauma more determined than ever to excel at her job - the very job that brought Special Agent Henry Collins into her life.

Alex and Henry's happily ever after is threatened when the Cactus Killer escapes custody. He has one goal - finish what he started with Alex all those months ago. ﻿﻿

Don't miss this explosive finale to the In the Desert Series!
more
Amazon Other stores
Bookmark  Rate:

'Hunted in the Desert' is tagged as:

Similar books to 'Hunted in the Desert'

Buy 'Hunted in the Desert' from the following stores: