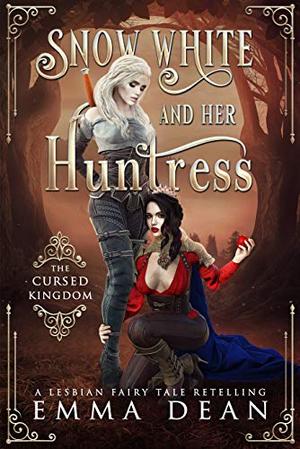 The king is dead and Snow White has to live with her step-mother as queen until she can rightfully take her place. Though every indication tells her the queen will not give up her power easily. She assigns one of her terrifying huntresses to Snow to keep an eye on her, all in the name of protection.

Her huntress, Devana, is the most beautiful woman Snow has ever laid eyes on. She's strong and fearless and every day by her side is torture. The queen wants Snow to marry a prince, but all Snow can think about is the woman by her side all day and night, silent and stern. Does she see Snow the way she sees her? It's impossible to tell.

The true test comes when the queen demands Snow White's heart and she assigns the task to Devana, offering freedom in exchange for the fairest heart. Will the huntress kill the princess to gain her freedom, or will she give in to the pull between the two of them?
more
Amazon Other stores
Bookmark  Rate:

'Snow White and Her Huntress: The Cursed Kingdom: A Lesbian Fairy Tale Retelling' is tagged as:

Similar books to 'Snow White and Her Huntress: The Cursed Kingdom: A Lesbian Fairy Tale Retelling'

All books by Emma Dean  ❯

Buy 'Snow White and Her Huntress: The Cursed Kingdom: A Lesbian Fairy Tale Retelling' from the following stores: