Mission For Love (Love By Design #6) 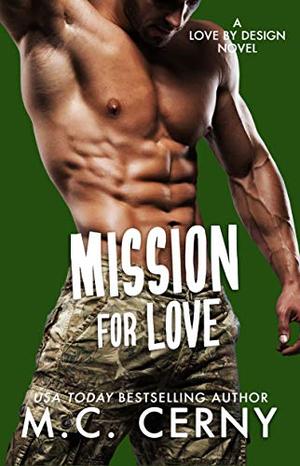 For Kiara Roberts, cancer was a b*tch. It took her teenage years, her shot at the Olympic team, and her leg. She was not letting it take her new job as the high school track coach and health educator. Sketchy test results put her patience on edge and made it a struggle to keep pushing forward. She needed a night of dancing, drinking, and fun with her friends to mark a new beginning, no matter what the future held.

Coming home was supposed to be a relief for Army Specialist David Easton. He served his country and after months of rehab, the PTSD remained unbearable. Drinking wasn’t the answer, nor was co-owning the family bar with his brother. Getting the job at his old high school was manageable and put his family at ease giving the illusion that life was back to normal. It was anything but, and the moment he spotted Kiara across a crowded dance floor during the lowest point in his life everything changed.

Kiara wasn’t attracted to jarheads. She didn’t have room in her life for players no matter how sexy and sweet they seemed. So why was David Easton showing up everywhere? There was no escaping him, and her only option left might be surrender.

'Mission For Love' is tagged as:

The 'Love By Design' series

Similar books to 'Mission For Love'

Buy 'Mission For Love' from the following stores: