Bring You Back (Bellsby Beach #1) 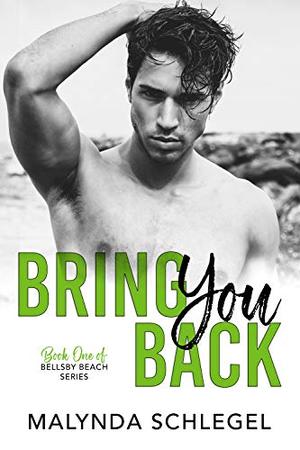 For Julian Fowler, I am the girl who got away.

It was my fault. One year ago, the summer before our senior year, we almost shared a kiss. That same summer I left our small beach town and our group of friends behind to follow my older brother to college.

We—the Godfreys—are known for splitting, but Caleb and I have always stuck together. We’ve taken care of each other, so there was no other option but to be by his side. I stayed in touch for a few months until my ghosting gene got the best of me and I cut all ties to my old life.

Then my new life stole from me. One wrong decision made by a careless driver took Caleb’s life, leaving me to survive on my own.

The death of my brother led me back to the comfort of that small beach town where I grew up. But Bellsby is not the same. Julian is not the same. He’s distant. Cold. Hardened. Fighting a battle of his own that’s led him into the arms of Reyna. The other girl in our group. The one who saw him first. The one who fell for him first.

In her mind, I left, and Julian got over me. In her mind, his feelings are now for her. But she doesn’t see what I see buried under his guarded exterior. She doesn’t know that she was just there when I wasn’t.

Now, it’s a new summer, and I’m here to take it all back. I want my life. I want my friends. I want my chance with Julian.

I’ll bring him back.
I’ll fix us.
Even if that means other things have to break in the process.
more
Amazon Other stores
Bookmark  Rate:

'Bring You Back' is tagged as:

Similar books to 'Bring You Back'

Buy 'Bring You Back' from the following stores: