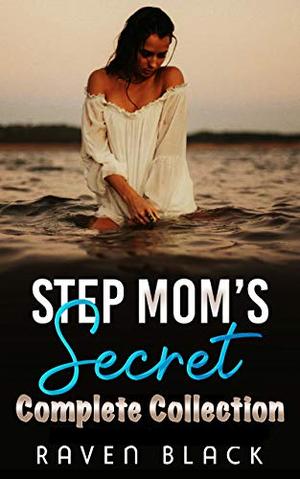 Nick is a soft-spoken college sophomore who aspires to be a power lifter, much like his former body builder father. Perhaps it was this similarity that first caught his stepmother’s eye.

All Nick knows is it was their first night of their family vacation to Florida when he somehow found himself in the same bed as his stepmother. Now, he has to survive the rest of the vacation with his father trying to keep a secret from him.

Meanwhile, his voluptuous stepmother, Maggie, is keeping an even darker secret from Nick. What happens when all the secrets you fight so hard to keep come spilling out for the world to see?

How does a woman survive the darkest evils a relationship could present?

What are people saying about Raven Black?
“Such a delicious story!”

“Raven Black can write! She makes you feel like you’re right there and everything is happening to you!”

“I really like Raven’s style. It draws me in with every word!”

'Step Mom's Secret: Complete Collection (A Taboo/Age-Gap/Romance)' is tagged as: