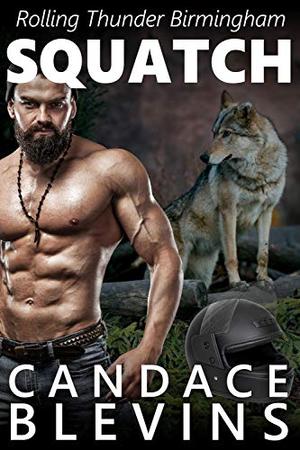 The men of the Rolling Thunder MC take care of their own, and that includes employees. When Kitty finds herself in a jam, she calls on Squatch for help — not because she thinks he’ll be able to help her more than the other bikers, but because she trusts him the most.

Squatch has always been partial to the little tiger shifter who dances like liquid sex onstage, yet is so bashful when she isn’t working, but the unspoken code is that the brothers don’t date their employees. However, while Squatch helps Kitty with her little problem, the two spend more time together than either anticipated, and sparks fly between the tiger and the wolf.

But Kitty has a history she didn’t share with the bikers when they hired her, and when her past catches up to her, she doesn’t trust even Squatch enough to ask for help. She thinks her only option is to run, but she doesn’t know wolves mate for life, and Squatch’s wolf has claimed her.
more
Amazon Other stores
Bookmark  Rate:

'Squatch' is tagged as:

All books by Candace Blevins  ❯

Buy 'Squatch' from the following stores: