Sea of Starlight (The Riven Kingdoms #2) 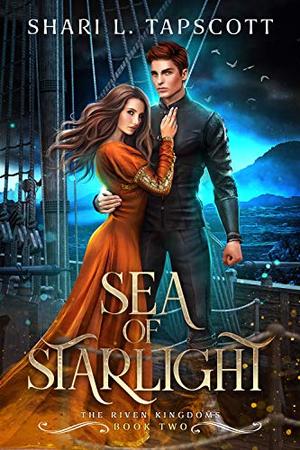 After meeting the mysterious woman of the forest, Rhys and Amalia are left questioning everything they know about the feuding kingdoms’ history, the two royal families that began the war, and their own turbulent relationship.

There is only one place to find answers—in Draegan, the cursed kingdom that lies across the Chasm. Rhys would like more than anything to keep Amalia away from the land of nightmares, sickness, and death, but the princess is determined to cross the rift.

And Rhys is determined to keep Amalia safe…no matter the cost. Even if she will despise him for it before their journey’s end.

Meanwhile, in the heart of Draegan, Rhys’s sister is faced with her own problems. Her father and brother are at odds, dark creatures are finding their way into the fortress castle, and a new prisoner is patiently chipping at the walls Cassia has built around her heart...

The adventure continues in the second book of The Riven Kingdoms.
more
Amazon Other stores
Bookmark  Rate:

'Sea of Starlight' is tagged as:

The 'The Riven Kingdoms' series

Similar books to 'Sea of Starlight'

Buy 'Sea of Starlight' from the following stores: