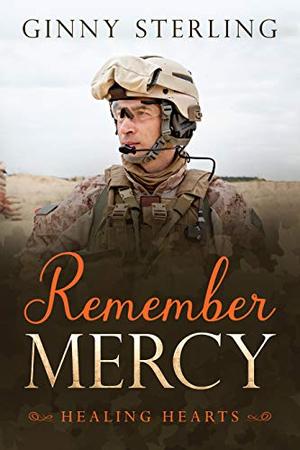 Annika Smithson is on a mission of mercy as a midwife. In this foreign world, surrounded by her mother’s people, the need for help was the same no matter the language. She finds herself in a world on the brink of war. As she helps deliver a child, the emotions rolling within her handsome protector makes her heart ache for the shattered soldier.

Joel Parker is devastated. Losing a friend and coworker under his watch was more than he could bear. Everything in him wanted to tear the world around him asunder to find Tobin, assuaging the guilt festering within him. The nightmares would never stop, nor could he ever forgive himself. So how can the breathtaking and mysterious woman before him justify being so kind as to help the enemy?

Can seeing the world through Annika’s kind eyes bring a deeper understanding and reminder of what they are fighting for? Could finding forgiveness within himself open his heart to a chance at love? Will she be able to love the man before her, tasked with the hardest job of all?

These standalone sweet, clean romances follow a team of soldiers that were once stationed in Afghanistan, bound by friendship. They can be read alone but if you read them together, their stories are so much richer.
more
Amazon Other stores
Bookmark  Rate:

'Remember Mercy: A Second Chance Military Romance' is tagged as: