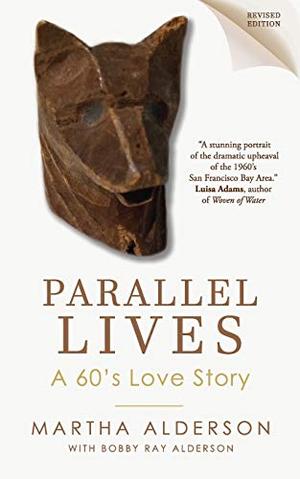 Set in the San Francisco Bay Area, PARALLEL LIVES A 60's Love Story untangles the destinies of a mute girl born into wealth and a loudmouthed Native American boy whose paths cross at pivotal historic moments in the 60's as the country was splitting apart-a roadside accident, a Santana benefit concert for farmworkers with Dolores Huerta, Cesar Chavez breaking his fast with Robert Kennedy in Delano, the Native American takeover of Alcatraz. During these brief encounters, Maja and Billy touch, they kiss, and they break each other's hearts without ever knowing the other's name as the currents of their lives pull them apart, again and again.

The story of Maja and Billy, haunted by each other and the lessons they must learn to be united, is a 20th century bicultural coming of age romance novel about the redemptive fire of love during an unprecedented time marked by the assassinations of three beloved leaders, an unpopular war, and growing civil unrest with strikes, protests, and marches demanding an end to the Vietnam War, and equality and justice for Native Americans, Blacks, women, farmworkers, and autoworkers.

'PARALLEL LIVES A 60's Love Story' is tagged as: