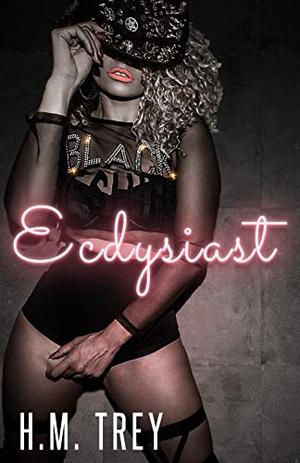 It’s been said that you can’t always judge a book by its cover. The same is true when it comes to judging people and how they live their lives. April Maye is much more than the job she has chosen as her profession. A sassy yet confident woman, April has always marched through life by the beat of her own drum. An iconic stripper in the ATL, her soul secretly desires to be viewed as more than just the flesh she shows as entertainment for others. April wants the entire world to know that her choice of being a stripper is not what makes her a woman.

An intelligent woman who graduated from a prestigious university, April has bigger aspirations for her life other than just being a stripper. Even her stage name, Aaries the Ecdysiast, indicates that she is not the ordinary run-of-the-mill stripper. She has made a name for herself, and many consider her to be the best in the business at what she does. Despite her success at having her life well financed by the adult entertainment industry, April finds herself wanting so much more.

Hellbent on working to end her days of stripping, April wants to escape the curse she feels being born into her family has placed on her. Recognizing that she is too smart to continue to allow her body to dictate her future, April has aspirations of being a Boss instead of being a pawn in the game. Shaking her ass for a living affords her a comfortable living; but for April, life is about more than just money. She becomes focused on escaping generational curses and proving to the world that she is more than just a stripper delivering jaw-dropping performances for dead presidents; she is an entrepreneur in charge of her own destiny.

Will the devil’s occupation maintain a permanent grip on April, or will Ecdysiast be able to fulfill the mission she has planned for her life?
more
Amazon Other stores
Bookmark  Rate:

'Ecdysiast (Peace In The Storm Publishing Presents)' is tagged as:

Similar books to 'Ecdysiast (Peace In The Storm Publishing Presents)'

Buy 'Ecdysiast (Peace In The Storm Publishing Presents)' from the following stores: