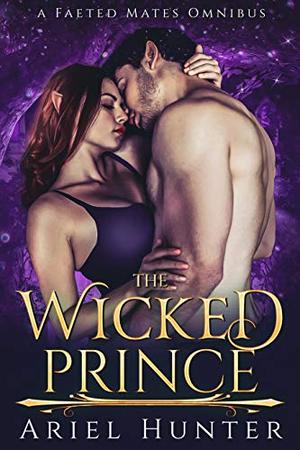 Sadie Wylde can take care of herself.
She may have been briefly trapped in Hell with a certain prince and then found out she’s his mate, but that changes nothing. She’s perfectly content running an underground fight ring on earth and doesn’t want her life to change.

But he’s not willing to let her go...

Sebastian Blackthorne is prince and heir to the realm of Faerie, but those titles mean nothing to him now that he’s found her—even if she rejected him and their bond.

When Sadie chooses to travel to another realm to engage in a deadly trial for an ancient artifact that could destroy Faerie, Sebastian enters the trial himself in a bid to keep her safe.

Something easier said than done when the other contestants can't keep their eyes or hands off his mate. It doesn't help that Sadie seems more interested in making him jealous than winning the competition. The urge to claim her grows with each day, but so do the stakes.

Nothing is guaranteed in these deadly games. Not even survival.


THE WICKED PRINCE contains the two novels: Desired by the Wicked Prince and Claimed by the Wicked Prince. This is a completed standalone enemies-to-lovers romance with no cliffhanger and a guaranteed HEA. Fans of Amelia Hutchins, Lilly Archer, Ruby Dixon, Emigh Cannaday, and CN Crawford will love this sizzling fae romance.

For the best reading comprehension, start with THE WINTER KING.
more
Amazon Other stores
Bookmark  Rate:

'The Wicked Prince' is tagged as:

The 'A Faeted Mates Omnibus' series

Similar books to 'The Wicked Prince'

All books by Ariel Hunter  ❯

Buy 'The Wicked Prince' from the following stores: