The Price of Valor (Global Search and Rescue #3) 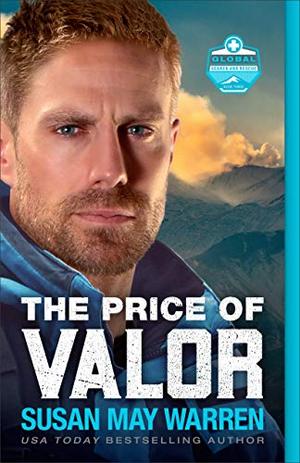 Former Navy SEAL Hamilton Jones thought that the love of his life was dead. But when a girl claiming to be his daughter shows up with a dire message from his wife, Ham knows he will stop at nothing to find her and bring her home.

Kidnapped by rebels while serving as an interpreter in Ukraine, Signe Kincaid has spent the past decade secreting out valuable information about Russian assets in the US to her CIA handler. Fearing for her daughter after being discovered as an operative, Signe sends her to Ham for safekeeping. She's ready to give her life for her country, and she can hardly expect Ham to rescue her after breaking his heart over and over.

When Ham discovers the reason Signe has kept her distance, he must choose between love for his wife and love for the nation he has vowed to protect. Will he save the many? Or the few?

USA Today bestselling author Susan May Warren takes you on a global search and rescue mission where the stakes are higher than ever in this final installment of her popular series.
more
Amazon Other stores
Bookmark  Rate:

'The Price of Valor' is tagged as:

The 'Global Search and Rescue' series

Similar books to 'The Price of Valor'

Buy 'The Price of Valor' from the following stores: