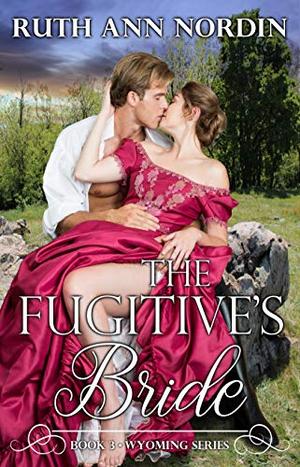 Ever since Wade Gray lost his ranch and his son, he’s had one mission: get both of them back. After a year, he has his son. Now it’s time to get the ranch. With all his careful planning, he realizes he might not make it back. He’s up against a ruthless enemy who’ll kill anyone who gets in his way.

In order to secure his son’s future, he rushes to marry Millie Washington, the woman he rescued on the same night he and his family got his son back. Love doesn’t factor into the equation. Love didn’t factor into his first marriage, either. He married his first wife to rescue her from a life of prostitution and abuse, and the arrangement never led to love. So to him, marriage is a logical decision based on what can benefit both people. In this case, he can offer Millie a place to live, and she’ll be a mother to his son. It’s as simple as that.

But marriage to Millie isn’t like what he had with his first wife. Millie isn’t weighed down by a harsh past. She has an innocent way of looking at the world that becomes a welcome relief after all he’s been through. In the rugged Wyoming Territory, she’s the only pleasant thing that exists.

This poses a very difficult proposition for him. If he falls in love with her, it could get in the way of getting his ranch back. Feelings always get in the way of doing what’s necessary. And he can’t afford for anything to get in his way.
more
Amazon Other stores
Bookmark  Rate:

'The Fugitive's Bride' is tagged as:

Similar books to 'The Fugitive's Bride'

Buy 'The Fugitive's Bride' from the following stores: