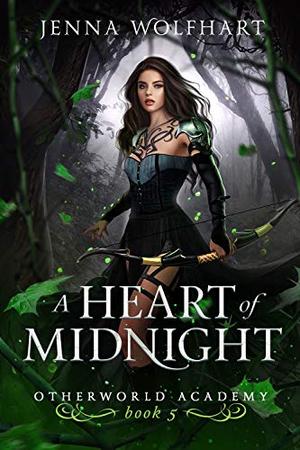 The deadly games are over, and the time has finally come for Taveon to take his rightful place as king. But nothing is ever simple in the Dark Fae realm.

A strange and twisted curse befalls the court, assassins lurk behind every corner, and a dangerous new shapeshifter joins the academy, an alluring male who either wants me dead or in his bed.

With the entire court under siege, it is up to me to find the cure to the curse. If I don't, the entire realm will descend into chaos.

And I'll lose my mates forever.

A Heart of Midnight is the fifth full-length novel in a fantasy romance series and the second of Bree’s story. Set inside the Dark Fae realm, it’s packed full of danger, magic, and romance that doesn’t require choosing. This is a revised, expanded, and improved second edition of the original volume.
more
Amazon Other stores
Bookmark  Rate:

'A Heart of Midnight' is tagged as:

Similar books to 'A Heart of Midnight'

All books by Jenna Wolfhart  ❯

Buy 'A Heart of Midnight' from the following stores: