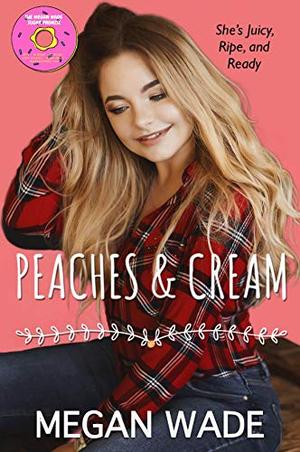 Peaches and cream. For a southern girl like me, those flavors represent my home. So when I make it to the semi-final round of a baking contest, and Southern sweets is is the theme, I think I have this in the bag.
I don’t.
I come second.
To a man named, Ben Watson. And he’s not even Southern! Or American.
I’m insulted.
To add insult to injury, the final round has us working as a team, being judged on how well we teach a recipe as much as we’re judged on our cooking ability.
Part of being Southern means that no matter what, you’re always polite. But I cannot be polite to this man. He’s ruining my hopes and dreams, and even worse, he’s setting my panties on fire while he’s doing it.

Note: Put a pie in the oven, because this quick read is cheeky and over-the-top. It’s filled with tension-filled instalove and heated moments between a curvy girl and the hottest pastry chef you’ve ever seen.
more
Amazon Other stores
Bookmark  Rate:

All books by Megan Wade  ❯