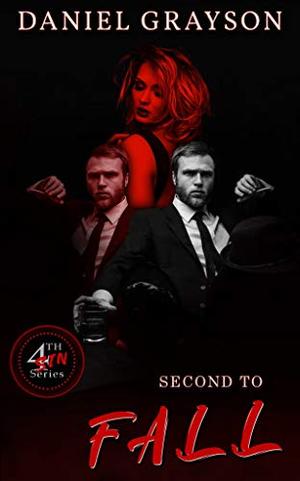 Teresa is a woman who has already fallen. Her life feels as if it's been torn apart, but she is picking up the pieces and putting something back together that she just might be proud of. With help from a new friend, everything seems to be settling into place when she meets a mysterious man who captivates her attention and stirs a response she hasn't ever known before. Careful to jump in too quickly, she feels a battle inside as two forces seem to pull at her; one warning caution, the other luring her with seduction and lust.

The hunger of a demon is never satisfied! Having claimed the soul of it's first victim, the demon Lorellus takes on a new form to pursue it's second mortal soul. Dressed as a well-to-do man, he longs to further satisfy his growing appetite. Having succeeded in not only claiming Luke, but also in delivering a defeat to the Angel Celestria, Lorellus targets Teresa, a woman already under the Angel's care. Inflated pride after securing his first follower fuels his bold decision, but both sides of the battle will learn an important lesson about the struggle of the human soul.
more
Amazon Other stores
Bookmark  Rate:

'Second to Fall' is tagged as:

Similar books to 'Second to Fall'

Buy 'Second to Fall' from the following stores: