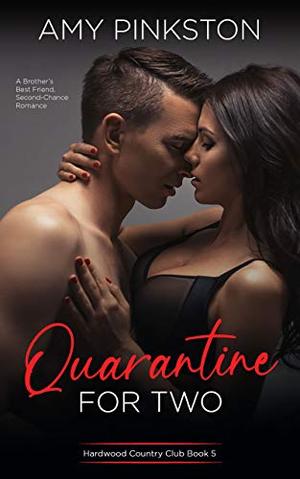 Two weeks alone with the one woman who’s off-limits?

Being from the wrong side of the tracks didn’t stop Lincoln Price from falling in love with his country-clubbing best friend’s little sister. He knew Josie was off-limits, but when she kissed him on graduation night, all reason went out the window.

But they didn’t belong together, and he was leaving for boot camp the next day.

He thought he did the right thing by making a clean break.

Fifteen years later, he's back in Hardwood ready to start fresh. When a statewide lockdown forces a change of plans, he gratefully accepts an offer to ride it out at his long-lost best friend's family cabin.

Then Josie shows up with the same idea. Will old wounds bubble to the surface or will they pick up where they left off?

Book 5 in the Hardwood Country Club Series, QUARANTINE FOR TWO, is a sizzling, brother’s best friend second chance romance, and can be read as a standalone.
more
Amazon Other stores
Bookmark  Rate:

'Quarantine for Two: A Brother’s Best Friend, Second-Chance Romance' is tagged as: