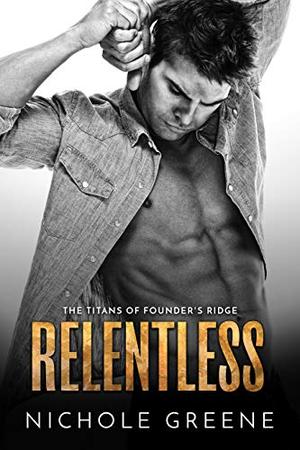 “The boy with the golden arm grew into a golden god, sent to make me atone for the sins of our past.”

The last person Ivy Bane expected to be her new stepbrother was Levi Marsh, the boy she had lost her heart and virginity to at summer camp two years before. Though she had been young, her feelings for him were real. Unfortunately, he seemed to have regretted sleeping with her and no longer wrote letters to her after that summer when she had given herself to him.

Levi had never stopped caring for Ivy. Even though he never heard from her again after the summer when they lost their virginity, he had written her incessantly. He had worked hard to get over her but seeing her again proved that had not happened. So, rather than getting over her, he decided to do everything he could to get her back, and he couldn’t have been happier than when she finally would have him again.

Dark forces in their lives don’t want them to be happy. Ivy and Levi would lose each other again and be forced apart for years. But, when work brings them back together in adulthood, Levi sees his chance to have his Ives back. He still loves her, so why shouldn’t they try to make it work? As life tries to rip them apart time and time again, will their love for each other be enough to keep them together?
more
Amazon Other stores
Bookmark  Rate:

'Relentless' is tagged as:

The 'Titans of Founder's Ridge' series

All books by Nichole Greene  ❯

Buy 'Relentless' from the following stores: