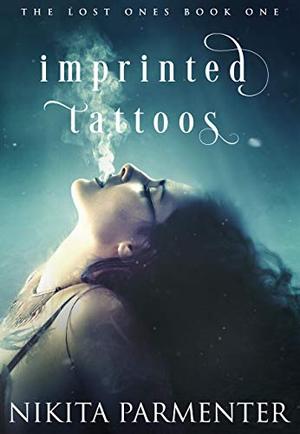 I have a feeling everything is about to change.

Sage is just done, done with the abuse that her mother puts her through daily, done with always being so alone and done with being one of the youngest humans to get an Imprint Tattoo. Only a small percentage of the human population over the age of eighteen ever receive one and they only appear when a soul changing event happens in that person's life. Sage's first one showed up when she was nine, yey for being weird.

She's been fighting for so damn long and she's just tired of it all. when she's almost fully given up, hope comes in the arrival of five new guys at her crappy high school, the guys are shrouded in secrets but it's not like she's being completely honest with them either.

If Sage doesn't let her fear control her, then she has the chance to be a part of something amazing but fate throws them all a curve ball when they realize that their lives are more intertwined than any of them could've imagined and as secrets about her past come to light and her psycho ex makes a reappearance she can't help but find comfort in the five guys who give her hope.

This is a slow/ medium burn paranormal Reverse Harem.
Warnings: please be advised that this book contains dark themes, including abuse, memories of abuse from when she was a child, violence and cursing. Additionally, sexual themes suitable for mature audiences 18+.

All sex is consensual.
more
Amazon Other stores
Bookmark  Rate:

'Imprinted Tattoos' is tagged as:

The 'The Lost One's' series

All books by Nikita Parmenter  ❯