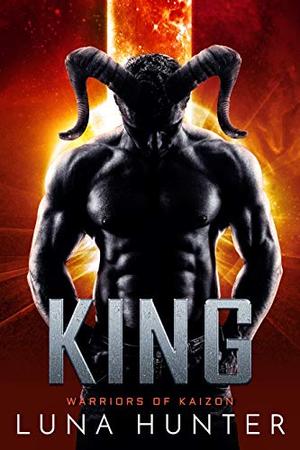 I'm such a klutz.

Only I could manage to tumble into an interdimensional portal and end up lightyears from home. To make matters worse, I dropped right into the strong arms of a horned, growly, hot alien king who treats me like I'm his personal baby factory. His name is Wranar, and he claims I'm going to save his species and that I'm his fated mate.

I don't think so. I just want to get back home.

In order to do just that, we have to travel across half this harsh alien planet. On foot. Oh, and we have to share our body heat to survive the blisteringly cold nights. That means cuddling up with the tattooed, scarred, muscled alien king. It means feeling his strong, protective arms around me. It means listening to him whisper sweet alien words into my ear when he thinks I'm sleeping.

Like I could sleep with his rock-hard package all up in my nethers.

If we don't hurry up, I might just end up falling hard for this alien warrior -- and I can't let that happen. I've felt what he's packing. He'll destroy me.

I have to resist him.

No matter how hard it is.

KING is the final installment in the Warriors of Kaizon series, featuring a courageous heroine thrust into a strange new world, and a protective, dominant alpha alien king who will stop at nothing to get her back home -- and win her heart. It’s meant to be read after the previous five books.

'King: A Sci-Fi Alien Romance' is tagged as:

The 'Warriors of Kaizon' series

All books by Luna Hunter  ❯

Buy 'King: A Sci-Fi Alien Romance' from the following stores: