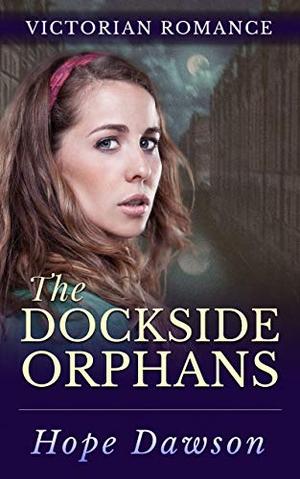 A brave young woman's story of love, drama and crime in the crowded docks of Victorian London – FREE to read with Kindle Unlimited

When a terrible fire kills the family of 7-year-old Rose, a kind old widow agrees to raise the girl. But the crime-infested docklands are a hard place for poor orphans and good people trying to make an honest living.

Years later, Rose is a young woman who looks after her own small band of orphans and abandoned children. Keeping them safe from the gangs is her biggest concern and a constant source of worries.

Especially since little Timmy desperately wants to be like his role model Mr Drake, the dashing right-hand man of the local gang leader.

Hating Clifford Drake would be so much easier for Rose, if he wasn't always so irresistibly charming and friendly to her.

The threat becomes terrifyingly real however, when an old enemy resurfaces in her life and hatches an evil plan of revenge and destruction.

Soon, Rose finds herself risking her own safety, and her life, by trying to rescue Timmy from the sinister clutches of the gang.

Who will save her?
Does she even have any friends or allies left?

And will Clifford be brave enough to become loyal to himself – and true to his heart?

Amid heartache and salvation, they discover that redemption only comes at a price.

Dramatic, emotional and deeply moving, The Dockside Orphans is the seventh Victorian historical romance novel by Hope Dawson, the successful author of stories such as The Pit Brow Sisters, The Foundling With The Flowers and The Carter's Orphan.

FREE to read if you have Kindle Unlimited.

'The Dockside Orphans' is tagged as:

Similar books to 'The Dockside Orphans'

Buy 'The Dockside Orphans' from the following stores: