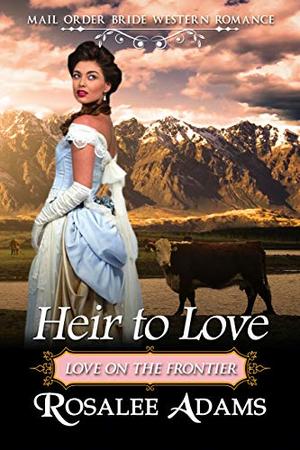 After several failed attempts to find a husband for their daughter, Selene August, her parents decide the only possible chance of seeing her married to a man of their choosing is to arrange the affair themselves, otherwise they plan to disinherit her.
Following her parent’s orders, Selene travels to Santa Fe, New Mexico to meet and marry rancher Bartholomew James.

But there is just one problem — little do her parents know that Bartholomew is not the rich, cattle mogul they have been led to believe but is in fact down on his luck and, in truth, desperate for money.

And that’s not the only issue — he is ruled by his evil, domineering mother who sees Selene as little more than an unpaid servant and a pawn in their bid to right their failing finances through Selene’s inheritance.

Unhappy and alone, Selene finds herself drawn to the rugged and handsome ranch hand Elias Henry.

Despite his rough and ready exterior, Elias seems to understand her pain and does all he can to support and help her from afar.

Will Selene be able to stop herself from falling in love with Elias, especially when he comes to her rescue for a second time?

Can Elias show Selene how much she really means to him?

Will Bartholomew finally get what he sees as rightfully his?

Find Out Now - Get Your Copy of 'Heir to Love' - Today!
more
Amazon Other stores
Bookmark  Rate:

'Heir to Love: Historical Western Romance' is tagged as: