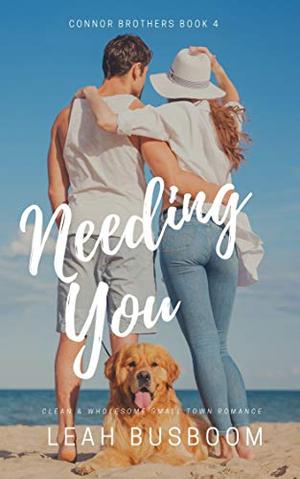 When their worlds collide, will their undeniable attraction survive?

Ashleigh’s a small-town girl through and through. She’s content living in Connor’s Grove and she excels at her physical therapy career, but there’s always been something missing in her love life. Although Ash has a bit of history with her new celebrity client, she’s determined to help him rehab his busted knee so he can return to his high-profile life.

Brock’s returned to his hometown after a football injury took him out for the season. He never intends to stay long term – just until he’s back in prime playing form. His laser focus is on his recovery and not the beautiful physical therapist that he left behind several years ago. When their long dormant attraction springs to life again, he can’t ignore the fact that she’s always been in his heart. But he’s going back to the big city and his professional football career no matter what.

The quirky people of Connor’s Grove embrace Ashleigh and Brock and show them what it means to belong in a small town where people care about each other, know everyone’s business and dabble in a little matchmaking.

Do Ashleigh and Brock need each other enough to overcome their opposing dreams and aspirations?

Book 4 in the Connor Brothers series of small-town, clean and wholesome romances. Fans of Hallmark movies and romantic comedies will love this delightful, touching fourth book in the series. This novel may be read as a stand-alone.
more
Amazon Other stores
Bookmark  Rate:

'Needing You: A Small Town Billionaire Romance' is tagged as:

Similar books to 'Needing You: A Small Town Billionaire Romance'

All books by Leah Busboom  ❯

Buy 'Needing You: A Small Town Billionaire Romance' from the following stores: