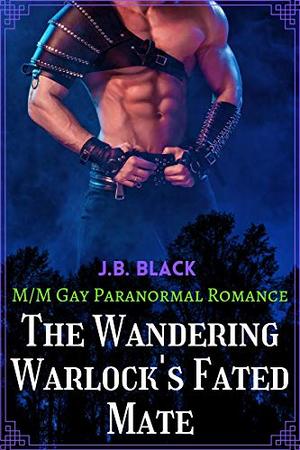 No matter how great the curse, he'll break it for love.

Castor meets his fated mate in dreams. They fall more in love each night, but a curse separates them, hiding his beloved's face and numbing their connection. Though his mate shies away, the warlock refuses to give up.

No one expresses shock when he decides to become a curse-breaker, but they never expected he'd be this good. Blood magic, spiteful god, or sorceress supreme - it doesn't matter how great, Castor will break it.

Which makes his mate all the more fearful.

Athanasius knows Castor deserves better than a cursed demigod. After creating an empire, the demigod watched it crumble after his godly father's spiteful spouse cursed him.

Too tall - too scarred - too monstrous for the beautiful warlock, he's terrified. Born for death and war, how could he ever give Castor the happily ever after the man deserves?

Can Castor convince Athanasius that love is worth the risk?

The Wandering Warlock's Fated Mate is a gay fantasy romance with high heat, a HEA, and mpreg.
more
Amazon Other stores
Bookmark  Rate: