Mine: Been About You and I'm Still About You 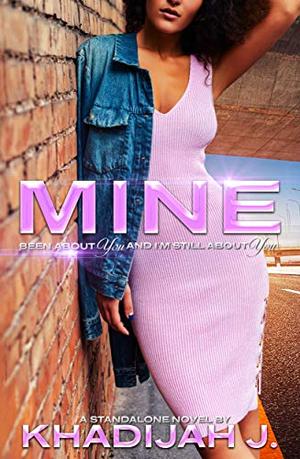 This is a Rerelease....
I miss everything that’s real about you and that’s everything about you, that’s just how I feel about you. Been about and I’m still about you.
-Drake (Mine)

Kendalyn and Kenji have been close since before they could remember. They grew up together in a rough environment, having each other's backs along the way. Kendalyn knew at a young age that she wanted to be more than friends with Kenji, but Kenji was two years older than her and running through women at a rapid pace. Kenji loved Kendalyn as his friend, or so he thought. His whole thought process changed when Kendalyn was nowhere to be found after leaving with her mother one day. Kenji was left with nothing but memories and what ifs.

Kendalyn was uprooted from Toledo and was forced to live in Lansing, MI with her sickly grandmother. She quickly adapted to her surroundings, forming new friends. But when one of those friends professes his love right before vanishing into thin air, it leaves a young Kendalyn hurt and confused. Picking back up the pieces and graduating in the field she's always dreamed of, Kendalyn unexpectedly runs into the past once again. Thinking it must be a sign, Kendalyn goes with the flow, making a big mistake.

Kendalyn was putting her heart back together once again when she bumped in to an unfamiliar face. She didn't recognize him, but Kenji instantly recognized her and was ready to stake his claim on her heart immediately. Kenji’s feelings towards her have changed, but so has the circumstances. Kendalyn is pregnant and going through drama with both of her exes. After all the time that has passed he was ready to deal with them head on and make Kendalyn his, once and for all. Will she let go and allow Kenji to be the man she needs? Will Kendalyn throw caution to the wind and give Kenji the key to her heart? Or will Kenji walk away from Kendalyn and all of her drama, leaving her heartbroken again?
more
Amazon Other stores
Bookmark  Rate:

'Mine: Been About You and I'm Still About You' is tagged as:

Similar books to 'Mine: Been About You and I'm Still About You'

More books like 'Mine: Been About You and I'm Still About You'   ❯

Buy 'Mine: Been About You and I'm Still About You' from the following stores: