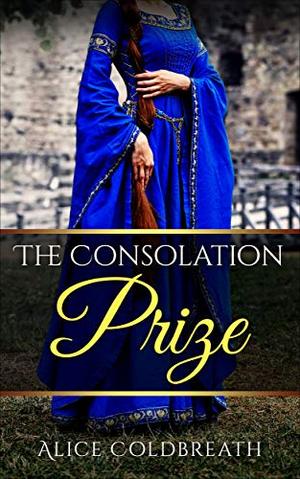 The Consolation Prize (Brides of Karadok #3)

Princess Una harbors no illusions about her claims to Karadok’s throne. The days of the royal house of Blechmarsh are done. The last of that ill-fated line, she is just grateful she emerged from the dark days of war with her head still on her shoulders. Now if only she could stop these rebellious northern lords from plotting to overthrow the King and set her up in his stead!

When her royal cousin bids her to join him at court, Una is eager for the opportunity to publicly renounce her rights. After three years languishing under house arrest, she is keen to start her own life afresh, hopefully in relative obscurity.

What she does not realize is extraordinary husband that fate has in store for her.
more
Bookmark Rate Book
Amazon Other stores

The 'Brides of Karadok' series

Similar books to 'The Consolation Prize'

All books by Alice Coldbreath  ❯

Buy 'The Consolation Prize' from the following stores: