Secrets of a Fair Lady: A Historical Regency Romance Book 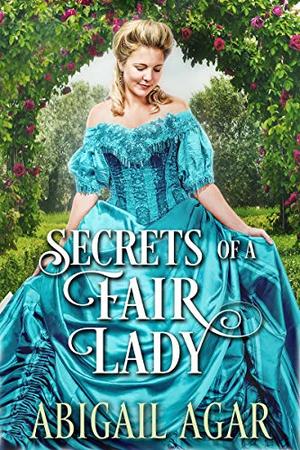 When Georgiana Reid's maid goes missing, questions abound as to her whereabouts. The only problem is that nobody seems to care. Desperate to learn the truth of her disappearance, Georgiana enlists the help of Inspector Hamish Brock to find Rachel and bring her back home. But as they work together, her heart starts to beat a little bit faster every time he is around. Soon Georgiana realises that she may have to make a choice between her family and the Inspector she has come to care for. Will Georgiana manage to find her maid -and dear friend- before it's too late, or will she be drawn to the wild aura of the handsome inspector that stole her heart?

For Hamish Brock, leading a precinct in a wealthy area of London is a wonderful job, but it does not stop him from wanting more in life. A caring wife and a big family is his dream, but luck has not been on his side so far. When he is called to examine the facts of a very mysterious case, we would never expect that the request would come from the most charming young Lady in town. But after a peculiar turn of events, he finds himself investigating the very woman he has started to care for. Finding himself in a dilemma of revealing the truth or losing the woman of his dreams, will he be brave enough to make the right decision?

As they struggle to unravel the mystery of who wanted Rachel gone, Hamish and Georgiana end up in a situation more hazardous than any story their imagination could conjure. Personalities collide and compromise seems unreachable, as their two worlds can never be one. As they work together for a common cause, will they finally find peace in each other's arms or is there too much that stands between them?

"Secrets of a Fair Lady" is a historical romance novel of approximately 80,000 words. No cheating, no cliffhangers, and a guaranteed happily ever after.
more
Amazon Other stores
Bookmark  Rate:

'Secrets of a Fair Lady: A Historical Regency Romance Book' is tagged as:

Similar books to 'Secrets of a Fair Lady: A Historical Regency Romance Book'

Buy 'Secrets of a Fair Lady: A Historical Regency Romance Book' from the following stores: