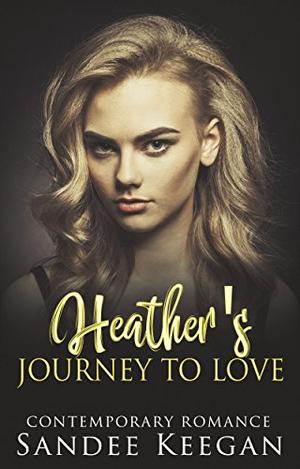 Heather O'Hara is a young, beautiful Georgia woman who has the entire world ahead of her. She comes from a wealthy family, she works as a teacher, and has nothing to worry about just as long as she behaves herself. Only, behaving is a problem with Heather because she has a very curious mind that keeps getting her into trouble.

And when two men have been killed in town, her curious mind is thrust into a storm that drags her into a deep hole filled with danger, excitement, and love.

After witnessing the murder of an innocent man, Heather finds a note connecting the murder to two men. One murderer is in her town and the second murderer has escaped west. Determined to find justice before her home is torn apart, she travels west, chasing after a murderer she witnessed gun down an innocent man. But she soon arrives in a dusty, rough, town that no woman in her right mind belongs in. Suddenly she realizes she has no idea how to catch a killer and what to do if she did. But when she meets a daring deputy who she falls in love with, hope reignites in her heart and she forms a daring plan.

Will Heather O'Hara and her curious mind finally end up in a dark alley face down or will she allow her faith in God and love bring her victory against all odds?
more
Amazon Other stores
Bookmark  Rate:

'Heather's Journey to Love: Contemporary Romance' is tagged as: