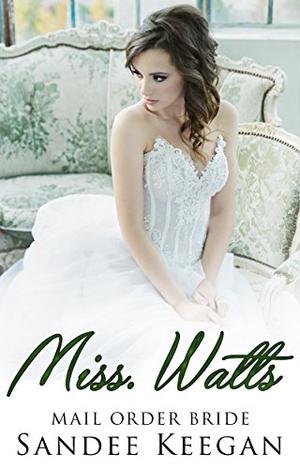 Matilda Watts has found herself alone in the world. She worked hard to build a business with her father, but after his death, she is in danger of losing the shop to the bank, and the business along with it.

In an act of desperation, Matilda decides to answer an ad for a man who is looking to marry a woman who can also handle some bookkeeping. Feeling that fate has stepped in to help her, she is eager to begin her new life in the West.

But, she soon learns that another woman is after the man she wants to marry, and she will stop at nothing until she gets her way. When she resorts to blackmailing Matilda, Matilda fears her happiness will soon be stolen.

Is there a way for her to stop the blackmail? Will she have the courage to face what she has done? Will she ever find true love?
more
Amazon Other stores
Bookmark  Rate: