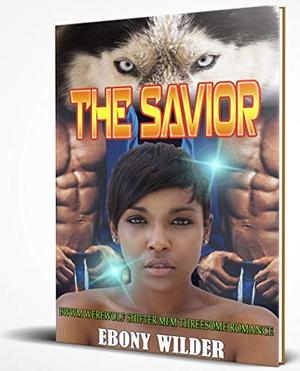 "Father!" Jake cried out nervously as he pressed his hands against the wound on his father's stomach. But the pressure was not good enough; the blood wouldn't stop. He needed to get help, fast. But who would help them? He looked around desperately. The forest was deserted with packs of trees and deadly arrows flying. No hope. But he wasn't ready to give up. At least not yet.

"Father hang in there, I'll get you out of this place." He was trembling.

His father laid down in the woods, back against a tree, covered in blood. He knew he wasn't going to make it but he had to make sure his sons were safe. With his last strength, he grabbed Jake's shirt and groaned, "Go! R-run! Take your brother and run far." He was already gasping for breath. "They're c-coming, and they won't spare you. Just go!"

"No father no. I'm not going to leave you here. It's all my fault," he said tearfully, his hands trembling.

"Lo-ok look at me. It wasn't your fault, okay? It was meant to happen," he swallowed painfully. And he was right. It had been foreseen thousands of years ago. He didn't just expect it to happen so soon.

"Remember everything I taught you both about?" He faced Edward who nodded hysterically. He was already weeping.

"The c-clan," he swallowed. "You have to stay alive for the clan. The both of you are our only hope." He brought out a short dagger and handed it over to Jake. "Take this. With this, you would be able to sense help from a distance." He sniffled painfully. "Now take Edward and get out of here, now."

Jake shook his head and shrugged.

Jake took his father's hand, buried his head in it and shut his eyes in pain. It's all my fault, he thought desperately. If only I were stronger. If only...

With one last squeeze, he dropped his hands and pushed himself to his feet.

Then he pulled Edward and started running as fast as they could, their feet flying across the hard ground, running for their lives.

Far into the woods, behind them, there was a loud howl. The whole forest shook vigorously. It was their father, he had transformed into a creature who was part human and part wolf. Jake looked back one last time and saw him being shot at severally, yet he didn't give way. He stood up in their way, trying to stall, make time for them, with his life. Jake felt numb as he ran. He shut his eyes in regret. He was weak, powerless. His father was dying yet he couldn't do anything to save him, or at least get his body. But he swore to himself; he was going to become stronger for whosoever did this to them, he would make them pay and avenge his father's death.