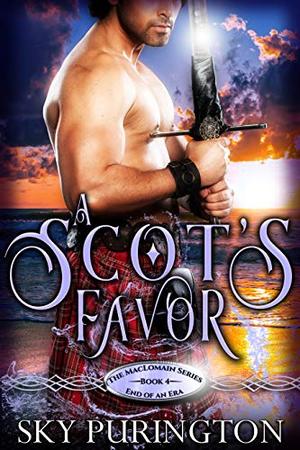 Determined to save his wolf from a trap and confront his enemy, Ethyn MacLomain travels from fourteenth-century Scotland to twenty-first-century New Hampshire only to find the unexpected. He was the one lured into a trap. Now his destiny is inexplicably tied to another. His soul not entirely his own.

Will Ethyn and his destined Broun be able to break the spell that both binds them together and keeps them apart? The price they paid for forbidden love long ago? Or will the curse that's held them hostage for centuries mark the beginning of a dark end? Find out in A Scot's Favor, a fast-paced quest to save Berwick-Upon-Tweed and free love long held under siege.
more
Amazon Other stores
Bookmark  Rate:

'A Scot's Favor' is tagged as:

The 'The MacLomain: End of an Era' series

Similar books to 'A Scot's Favor'

Buy 'A Scot's Favor' from the following stores: