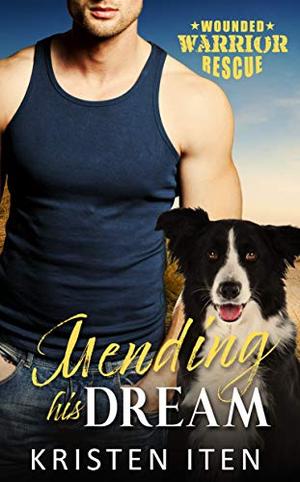 He’s an ex-Air Force mechanic who can fix almost anything, but there aren’t enough tools in his toolbox to repair what’s broken between him and his high school sweetheart when she comes back to town.
The respect Levi Renner earned as an Air Force Staff Sergeant didn’t follow him into civilian life when family duty called him home to Liberty Cove. When his scheming boss thrusts him into close quarters with the woman who broke his heart long ago, he’s reminded of all the reasons guys like him never get the girl. Determined to have a say in their own futures, Levi and his ex team up to outsmart their matchmaking boss, Kat. It won’t be hard to convince Kat that he’s into his ex—especially since he never really stopped loving her.

Brooke Larsen moved back home with a suitcase full of secrets after losing her veterinary practice in Los Angeles. Now it’s up to her to protect her perfect reputation as the hometown girl who made it in the big city. Ready to tackle the job of building a new practice in a familiar place, she agrees to become the resident vet at the Wounded Warriors Rescue. Life gets complicated when she learns she’ll be working alongside her ex—a man she never really got over. It’s hard to keep secrets from someone who was once her closest confidant, but Levi has a secret of his own that could end any chance they might have at a happily ever after.

A massive streak of good luck convinces Levi that all his problems are over… but they may have only just begun.
more
Amazon Other stores
Bookmark  Rate:

'Mending His Dream: Wounded Warriors Rescue' is tagged as: