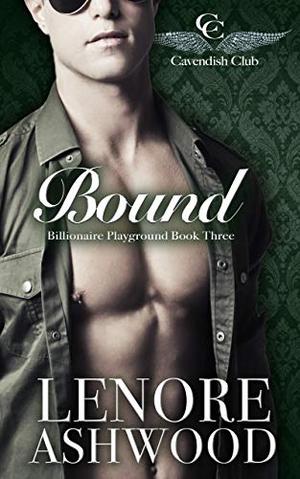 So how did a geeky, smart-ass computer coder get inside his personal no-fly zone?

The Interpol deal is a no-brainer—shadow his sister-in-law’s new hire/possible spy, and get an early discharge from the Air Force.

When Finn’s belief system is rocked during his bio-haptics test, he struggles to come to terms with it. And Sienna is in knots as she struggles between giving in to this new Finn, or pushing him away.

As they grow closer, a threat from the dark web forces her to decide between this new life and her old one.

Read Bound to watch Sienna and Finn discover that trusting each other is the only way to love.

Welcome to Cavendish Club, a secret playground for billionaires where science and technology combine to deliver unparalleled sensual fantasies. It’s also the place where one woman will seek the ultimate revenge.
more
Amazon Other stores
Bookmark  Rate:

All books by Lenore Ashwood  ❯