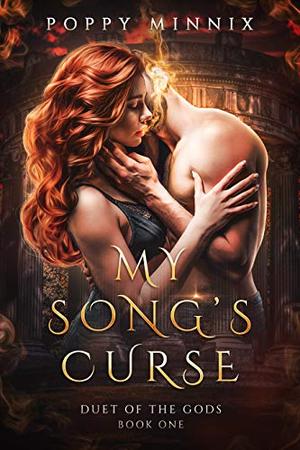 Ultimate control has its downside, especially when it comes to romance. But will it be enough to keep them together?

As a siren, Lula Aglaope can bend anyone to her will with the smallest whisper, but she’d give up her power for one meaningful, honest conversation.

She wants a normal life, like the open, true connections the humans seem to pull off with such little effort.

When she meets Alexiares, God of Warding off Wars, all thoughts of normalcy fly out the window. The beautiful demigod cannot be controlled! He’s frustrating, irresistible...and utterly off-limits.

Alex has watched Olympus slowly fall apart. The old gods continue their archaic control of the Universe, denying the progress of humans and other deities. But Alex has plans to repair the damage, and Lula is a major player.

She just doesn’t know it yet.

Falling for her is the worst idea. And just when things move in the right direction, danger arises that no one expects, plunging the sirens into the deadly Olympian spotlight.

With Lula’s sisters missing, and a pile of broken laws surrounding them, will Alex and Lula change the Universe for the better or destroy it?
more
Amazon Other stores
Bookmark  Rate:

'My Song's Curse' is tagged as:

The 'Duet of the Gods' series

Similar books to 'My Song's Curse'

All books by Poppy Minnix  ❯

Buy 'My Song's Curse' from the following stores: