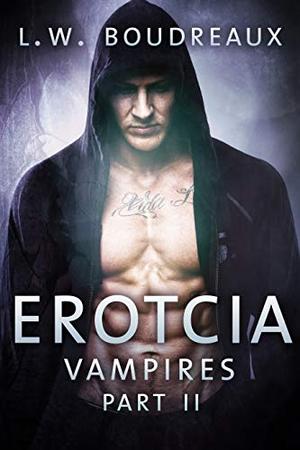 The Turn: There’s No Looking Back

They had to… to warn the others.

Both Max and Wisteen must suffer the consequences of other’s actions.

Does Wisteen have what it takes to complete the turn, or will her inner demons cripple her before she spreads her wings?

Does Max have the physical strength to withstand the punishment he faces for going against tradition, or has his complacency weakened him?

If they make it through their ordeals, they’ll join each other for eternity. If they don’t, they’ll both end up lost in a world they had no intention of living in.

Erotcia Vampires Part II is the second book in the Vampires series that follows Max and Wisteen in a twisted tale of power, dominance, sacrifice, and vengeance.

Erotcia Vampires Part II is intended for adults 18 and up.
more
Amazon Other stores
Bookmark  Rate: