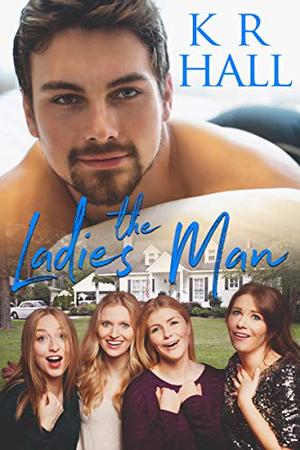 Arthur Johnson’s college graduation should have been the start of something great. But when his celebration, which includes proposing to his girlfriend ends with him discovering her in the arms of another man, he swears never to open his heart to a woman again.

Despite his vow to avoid women, he takes a job as a handyman for an all-female boarding house. After only a few months, Arthur decides can’t live in a house full of women anymore as he is about to walk out, in walks a girl right out of his dreams. Evelyn (Evie) Van Voorhies, a shy brunette with whiskey eyes.

Evelyn dreams of being a Rockette. She’s a great dancer, but when she is in front of an audience, she becomes a klutz. Arthur reads up on everything about the Rockettes and dancing, and so he can help Evie practice.

Working closely together, Arthur falls in love. Evelyn fights her attraction. Her mother gave up her dreams when she married her father after she found out she was pregnant. Some Rockettes are married and have kids. Now, if only he could convince Evie that she could still be a Rockette and have a relationship with him.
more
Amazon Other stores
Bookmark  Rate:

'The Ladies Man' is tagged as:

Similar books to 'The Ladies Man'

Buy 'The Ladies Man' from the following stores: