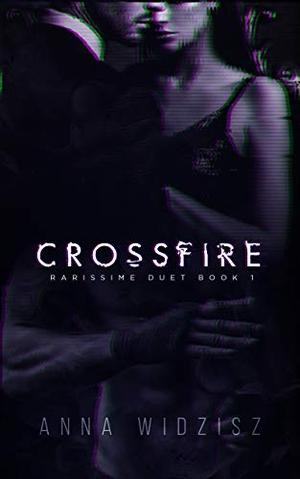 “Don’t expect me to be your happily ever after. I barely can see happy most of the time.”

Elio Conte wasn't a good person. As an Enforcer he loved fighting, maiming, and most of all - killing. He didn't need a weapon for it. He was born one. Under-appreciated, barely involved in anything more than dirty work. That made him strong. Arrogant and insolent.

And there was Savannah. The complete opposite. She was a waitress, working to give her little brother a life he deserved. Independent, caring, and selfless. Someone who should never step a foot in the mafia world.

Their paths crossed anyway with one simple decision that wasn't even their own. Now they fight against what could be and what wasn't ever supposed to happen.

But their future isn't written in the stars. Not even in the deepest abyss of hell. The devil has a different idea.

He put them in the crossfire and only one of them can escape it alive.

'Crossfire' is tagged as:

All books by Anna Widzisz  ❯

Buy 'Crossfire' from the following stores: