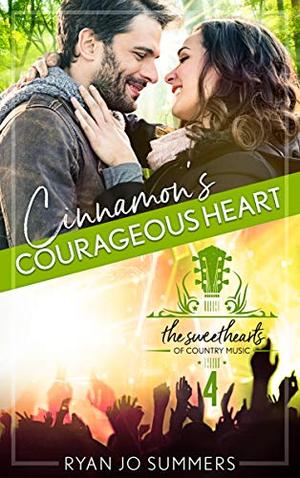 Fiercely talented and full of fire, the Sweethearts of Country Music are rising stars. But when romance beckons, can they take a shot at love without giving up their musical dreams? Cinnamon Chadwick's dream of musical stardom have come true. She's part of the all-female country rock band, the Lipstick Outlaws, and their first year is going fantastic! The only downside to her life is her brother tried to do a HGTV remodel on her charming old farmhouse and demolished it instead. Now she has to hire a contractor to fix it, but the band is about to leave on another big tour. To the world, she's cin-vincable, but not so deep down, she's still aching from the last time she tried to love someone. Now she hides the hurt behind the music. Silas Black is tired of the cookie cutter houses he's been working on. He longs for a genuine piece of architecture to fix up. So when he gets the contract to fix up Cinnamon's farmhouse, he's in heaven. And spending so much time with the beautiful star is the cherry on top. But as Cinnamon bops in for short stays and leaves for extended periods, Silas soon sees the old farmhouse isn't the only one needing time for rebuilding. So does Cinnamon's heart, if only she would trust him and find the courage within herself to love again.
more
Amazon Other stores
Bookmark  Rate: