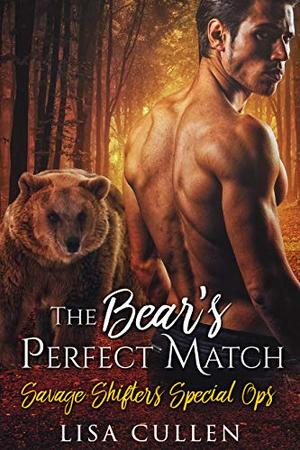 I was on the run when I met Gage.
I had no idea who he was.
All I knew… was that he was mine.

Gage rescued me when I was trying to escape my abusive ex.
I thought that was the end of my troubles.
But the nightmare had only begun.
The law of the forest had declared us married.
Yes, I was married to Gage.
A man I knew nothing about.
Not even the fact that he was a bear shifter.
And the king of the clan.
This may have come as a shock to me.
But it does make me his queen.
A queen who cannot be touched by anyone else.
One who only belongs to her king.

So, when Gage’s brother comes after me, I know it means war.
And I know that he’ll save me again… no matter what.

This is a steamy paranormal shifter fantasy romance series with an HEA and no cliffhangers. Intended for adult readers only. Fans of Zoe Chant, Terry Bolryder, Harmony Raines and T.S. Joyce may like this shapeshifter series.
more
Amazon Other stores
Bookmark  Rate:

'The Bear's Perfect Match' is tagged as:

All books by Lisa Cullen  ❯

Buy 'The Bear's Perfect Match' from the following stores: