A Place Between the Stars 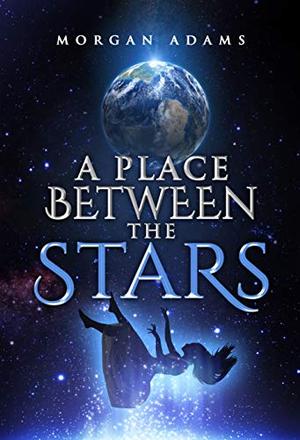 A year after the sudden and devastating death of her parents, Liv Price faces the inevitable task of packing up her childhood home—on her twenty-first birthday, no less. Her plans are thwarted as disaster in the form of an earthquake strikes, and Liv is sucked into another world.

Alcatar, a land full of magic and mystery, awakens something within her that is wild and dangerous. Liv is desperate to return to Earth, but the powers at large only want one thing: her blood.

After clawing his way out of the slums, Commander Ryland Archard now works for the Overlord of Tessar, the most powerful man on the continent. As his personal assassin, Ryland is tasked with hunting and killing those who threaten the safety of his kingdom at any cost necessary. On a mission with his team, Ryland crosses paths with Liv Price, and his life is thrown into chaos, ripping apart the world he thought he knew.

His only goal: return Liv to Earth. If he can keep her alive long enough.

On the run for their lives, Liv and her befriended team of assassins uncover the truth about her past and discover just how deep they are in a scandalous war between nations.

Try as she might to deny it, Liv’s traitorous heart longs for this world—and a certain broody assassin. Liv must decide if she will embrace the powers that were gifted to her to save not only herself but a race of magical people desperate for a leader.
more
Amazon Other stores
Bookmark  Rate:

'A Place Between the Stars' is tagged as:

Similar books to 'A Place Between the Stars'

More books like 'A Place Between the Stars'   ❯

Buy 'A Place Between the Stars' from the following stores: