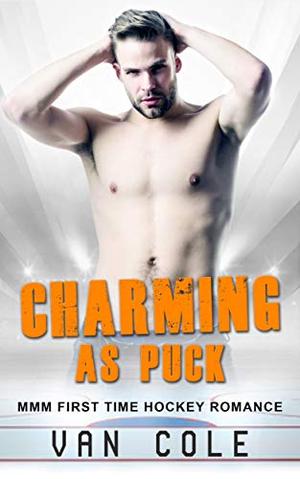 A Blistering Romance Between A Rookie Hockey Player And a Veteran Threatens To Melt The Ice, Especially When A Homophobic Father Is Thrown Into The Mix.

I was that rookie hockey player, at his first training camp and all the pressure was on me.
As the son of the former star player, Bryan Sixsmith, everyone expected me, Axl, to return the team to the glory years, no one more so than Dad.

One player who didn’t appreciate me was a veteran, Chip.
Despite an initial clash in personalities, I sensed a growing tension between us and although I always considered myself straight, I couldn’t stop fantasizing about the older hockey player.

Added into the mix was a blogger, Zack, who was documenting the team’s season and he found evidence of our illicit relationship.
But what did he want, and what would it cost to keep our secret?

Charming As Puck is a standalone MMM First Time Hockey Romance with a HEA and NO cheating!
more
Amazon Other stores
Bookmark  Rate: