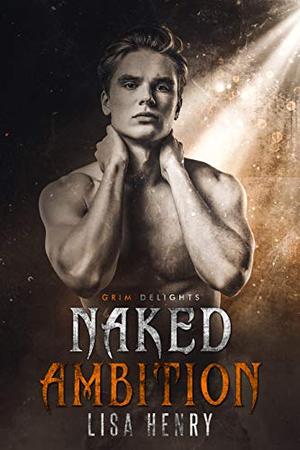 Taylor Ritchie has hated Christian Roquefeuil ever since they were both interns at the New York fashion company, House of Romano. Taylor is ambitious, talented, and a sociopath who had been nursing a grudge against Christian for years.

When Christian takes over House of Romano, Taylor sees an opportunity for revenge. With the aid of his boyfriend, he intends to not only destroy the company, but to publicly crush Christian at the same time.

Together, they begin a dangerous game of seduction where the naïve Christian is only a beautiful puppet to be toyed with.

Mike Hastings is a low-level office drone, stuck on the sidelines while Christian falls deeper and deeper into the web that Taylor has woven for him. With the make-or-break Spring collection on the horizon, it might just be down to a cheap suit in payroll to save Christian from the inevitable crash and burn.


Naked Ambition is a dark and modern M/M retelling of The Emperor’s New Clothes.

Grim and Sinister Delights is a dark romance series based on classic fairy tales and stories. You will find standalone tales of gay romance that range in darkness and kinks. If you dare to take the challenge, read them all to find yourself lost in a classic that you think you know. These stories are for adult readers and may contain morally ambiguous themes.
more
Amazon Other stores
Bookmark  Rate:

'Naked Ambition' is tagged as:

The 'Grim and Sinister Delights' series