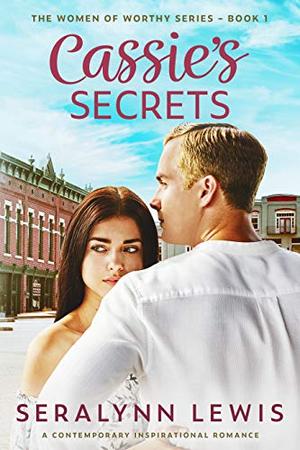 Where secrets go, distrust follows. Can two lonely people let go of past hurt and learn to trust again?

Single mom, Cassie Verano, and her two young daughters move to small-town Worthy, Ohio to be near her brother and his family.
She longs to raise her daughters without her ex-husband’s family’s controlling interference, and live in peace. When her daughters befriend two girls who are cared for by their matchmaking aunt, Cassie avoids it at all costs. It’s the last thing she needs or wants after escaping a dangerous marriage.

Widowed business owner, Steve Nardelli, wants nothing more than to complete his huge Australian deal and expand his deceased father’s electronics firm to secure his family’s future. Though his wife died, their marriage was anything but happy. His sister’s matchmaking only annoys him and adds to his guilt, especially when the lovely Cassie Verano seems to be hiding something—and he’s not interested in anyone else’s deceitful ways.

Can Cassie and Steve set aside their deep suspicions and guarded feelings to learn to trust again?
more
Amazon Other stores
Bookmark  Rate:

'Cassie's Secrets: A second chance romance' is tagged as:

The 'Women of Worthy' series

All books by Seralynn Lewis  ❯